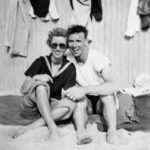 The first manager of the expansion Kansas City Royals in 1969, Joe Gordon was part of the 2009 class inducted into the Baseball Hall of Fame in Cooperstown. Remembered by most as “Flash Gordon,” the slick fielding and power hitting second baseman played parts of eleven seasons in the Big Leagues with the Yankees and Indians, winning five World Championships (4 in New York, 1 in Cleveland). A nine time All-Star and the 1942 AL MVP, Gordon went on to manage with the Indians and Tigers, before logging two KC stints as skipper (Athletics in 1961, Royals in 1969). In this 70 minute documentary, Kansas City radio host Dave O talks with ten individuals who knew Gordon well, from family members to teammates, players he managed to media members, as you’re guided through Joe’s entire life, from a difficult childhood in mining towns to college at the University of Oregon; from the Yankee minor leagues to starring with Joe DiMaggio; from the trade to Cleveland and being one of the first to accept Larry Doby; from the only managerial trade in Big League history to a bizarre relationship with Frank Lane; to both times in KC and beyond. Please enjoy the story of a greater man than baseball player – Joe Gordon. (Photo Is Of Joe & His Wife Dorthy In 1935; Courtesy Of Gordon Family Archives) 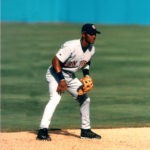 Damian Jackson played for the Royals during the 2004 season as a super utility man and overall, spent parts of eleven seasons at the major league level with eight teams (the Indians, Reds, Padres, Tigers, Red Sox, Cubs, Royals and Nationals). Jackson, who came up as a shortstop, logged 2,509 MLB at bats in 827 games and made it to the post-season twice (2003, Boston; 2005, San Diego). The California native recently joined Dave O in an extremely frank and refreshing conversation about growing up without a Dad, being a longshot to make the Big Leagues as a 44th rounder, the vicious collision with Johnny Damon in the 2003 ALDS, the time he tried to talk Zack Greinke out of retiring, tough days with the Royals, what being a parent has mean to him and much more. (Photo Courtesy San Diego Padres) 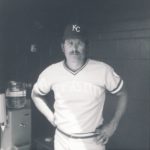 Frank Ortenzio played for Kansas City during the 1973 season, appearing in 9 games with a home run, 6 RBI and slashes of .333/.480/.813. A 47th round selection of the Royals in the 1969 draft, “Moose” was a power hitting outfielder who clubbed 181 minor league home runs with marks of .369/.494/.863. He finished his career in Japan from 1979-1980. Frank recently joined Dave O to talk about turning down a football scholarship to Stanford, almost being released after one season, being called a future “Rookie of the Year” by baseball publications, the freak injury that changed everything and lots more! (Photo Courtesy Kansas City Royals) 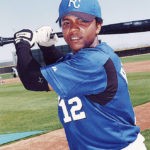 Desi Relaford joins Dave O for the second time on Clubhouse Conversation, as the two discuss his new venture with Up17, defensive shifts, steroids, the current state of the Royals and much more! Desi played 11 seasons in the Big Leagues for the Phillies, Padres, Mets, Mariners, Royals (2003-2004), Rockies and Rangers. Always a treat to speak with, we know you’ll enjoy! (Photo Courtesy Kansas City Royals) 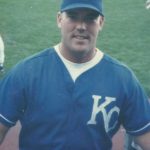 Andy Stewart played for the Royals during the 1997 season, appearing in 5 games and going 2-8 with a run. Signed as an amateur free agent from Canada, Stewart spent parts of nine seasons in the Royals organization, hitting over .300 with double digit home runs twice. He went on to play for Team Canada at the 2004 Olympics and also coached in the Phillies and Blue Jays organizations. Andy recently joined Dave O for a two hour chat in the FUNNIEST interview Dave’s ever done – literally, you’ll roll on the floor laughing the last hour – to reminisce about the completely randomness in Stewart’s life, discussing how he got signed at a tryout camp, the struggles of being a non-prospect at first, his bizarre “Rudy” like call to the Big Leagues, upsetting Billy and Cal Ripken, wearing #69, the legend of “Sunday Neck” and lots more! (Photo Courtesy Andy Stewart) 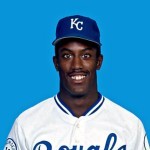 Gary Thurman played for the Royals from 1987-1992, appearing in 325 KC contests. Known as one of the fastest men in the game, the outfielder once stole 70 bases at Fort Myers (1985) after being the Royals first round selection in 1983. Following his times with Kansas City, Thurman went on to play with the Tigers, Mariners and Mets, logging parts of nine seasons at the major league level. Since retiring in 1999, Gary has been a professional manager, coach or coordinator and as of 2016, serves as the outfield/baserunning coordinator for the Washington Nationals. He recently joined Dave O to talk about almost choosing to attend Purdue on a football scholarship, challenging times in the minor leagues, his favorite restaurant in KC (which will shock you) and tons more! (Photo Courtesy Kansas City Royals) 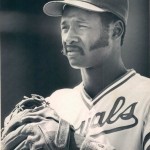 Mike Brewer played for the Royals during the 1986 season, appearing in 12 games and collecting three Big League hits. Originally a first round selection of Kansas City in 1979, the 6-5 outfielder played parts of eight seasons at the minor league level in addition to his KC cup of coffee. He is the younger brother of Tony Brewer, who played MLB with the Dodgers during the 1984 season. Mike recently joined Dave O to talk about the funny way he found out he’d been drafted, each stop of his Royal minor league career, how he was once traded for himself and lots more! (Photo Courtesy Kansas City Royals) 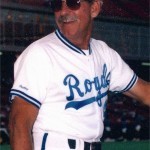 Glenn Ezell spent seven years as a coach in the Royals organization, including six in Kansas City (1989-1994) as both bullpen and bench coach. This followed nine years of managing in the minors (with three more coming after his KC days) and an eventual total of 12 seasons as an MLB coach. Originally a catcher signed by the New York Mets organization, Ezell also spent time with the Twins and Giants chains during a ten year minor league playing career. He recently joined Dave O to talk about the unlikely journey to the Big Leagues which began with semi pro ball in Tucson, to living with 19 year old Nolan Ryan, having Yogi Berra along for an entire month when he managed in the minor leagues, all of his coaching stops (including 30 minutes worth of time devoted to KC) and much, much more! *** NOTE *** EVERY ROYALS AND BASEBALL FAN SHOULD LISTEN TO THIS. (Photo Courtesy Kansas City Royals) 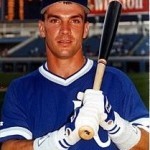 Kevin Koslofski patrolled all three outfield posts in Kansas City from 1992-1994, appearing in 72 Royal games. Originally a 20th round selection of KC in the 1984 draft, the 5-8 left handed hitting defensive specialist also appeared at the MLB level as a Brewer (1996). Koslofski recently joined Dave O to talk about the nine seasons he spent in the minor leagues before his KC debut, hitting his first MLB home run off of Nolan Ryan, getting the game winning hit in George Brett’s final home game and loads more! (Photo Courtesy Kansas City Royals) 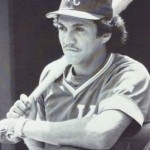 Angel Salazar played for the Royals from the 1986-1987, appearing in 233 games at shortstop. Known as a defensive specialist, Salazar played parts of five seasons at the MLB level, including stints with the Expos (1983-1984) and Cubs (1988). The Venezuelan native recently joined Dave O to talk about how he was discovered and signed, how he learned English and adapted to the United States culture, his love of Kansas City Barbecue, horrible luck from 1989-1990 and lots more! *** NOTE *** Interview took place over a phone call to Venezuela, so from time to time, there’s a few seconds of bad phone connection. Stick with it, though, as it’s short lived and there are tremendous stories throughout! (Photo Courtesy Kansas City Royals)