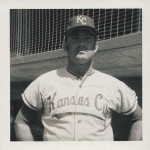 Jim Rooker pitched for Kansas City from 1969-1972 after being selected by the Royals in the 3rd round of the expansion draft from the New York Yankees. Rooker, a lefty, won 103 games at the major league level, pitched in the World Series and later, enjoyed a broadcasting career that saw him raise over $80,000 for charity after he once made a bold promise on the air and “lost” the guarantee. In a MUST LISTEN TO INTERVIEW for ALL Royals fans, nearly 90 minutes in length, Rooker recently joined Dave O by phone to discuss being a part of the expansion Royals, how he became such a great hitting pitcher, his memories of many deceased former teammates, pitching in the World Series, writing children’s books and lots more! (Photo Courtesy Kansas City Royals) 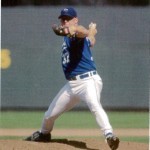 Rick Huisman pitched for the Royals from 1995-1996 after being traded by the Houston Astros to KC in exchange for Pat Borders. Huisman was a hard thrower known as a strikeout pitcher, as evidenced by his 9.5 K/9 in the minor leagues and 8.1 K/9 in MLB. Rick recently spoke with Dave O about making his debut in the same inning as Mike Sweeney (as battery mates), helping to set Sweeney up with his wife Shara and the lasting impression that his time in Kansas City had on his life, most notably on how it opened up his eyes to a career in the nonprofit sector of helping the youth. (Photo Courtesy Kansas City Royals) 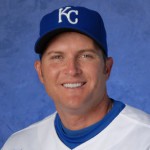 Mike Sweeney is a sure fire Royals Hall of Famer that appeared in five All-Star Games and finished in the Top 10 of TWENTY career Royals All-Time Batting stats, including 2nd in home runs, 2nd in slugging percentage, 2nd in OPS, 3rd in batting average and 5th in RBI. All together, Sweeney played parts of 16 seasons in the major leagues before signing a one day contract to retire a Royal. He recently joined Dave O and shared many things publicly for the first time, including his reaction to the booing by some home fans, Tony Muser’s famous “milk and cookies line” and much, much more! (Photo Courtesy Kansas City Royals) 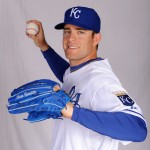 Brian Bannister pitched for the Royals from 2007-2010, just as his father Floyd did from 1988-1989. In fact, when Brian made his debut with the Royals, that made him and Floyd the third Royals father-son combo to appear in a KC uniform (joining John/Dusty Wathan and Hal/Brian McRae). While with the Royals, Brian enjoyed much success, including the 2007 season when he went 12-7 with a 3.87 ERA. Bannister recently joined Dave O by phone from his home in the Phoenix area and for the first time publicly, spoke about what led to the end of his career and the toll it took on him. (Photo Courtesy Kansas City Royals) 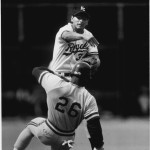 Brad Wellman played for the Royals from 1988-1989 and served as the top utility infielder both years he was in Kansas City. A former Giant and Dodger, Wellman was originally signed by and came up with the Royals before being included in a 1982 trade with San Francisco that landed the Royals Vida Blue and Bob Tufts. Wellman’s link to the Royals doesn’t stop there, as his father Gene served as a long time scout for the Royals. Wellman joined Dave O to talk about those days, including his favorite Kansas City and Bo Jackson memories, and about his son Casey, who currently plays in the NHL. *** NOTE *** Dave O was sick during this interview and apologizes for his poor voice quality. (Photo Courtesy Kansas City Royals)