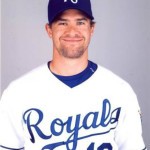 Matt Tupman played in one game with Kansas City during the 2008 season and finished his Big League career hitting 1.000 (1-1, a single off of Florida’s Kevin Gregg). A left handed hitting catcher, Tupman was originally selected by the Royals in the 9th round of the 2002 draft and spent a total of eight seasons with the KC organization. He recently joined Dave O to talk very candidly about the whole unlikely journey, from growing up in New Hampshire to catching Zack Greinke in Rookie Ball, to the well-publicized disagreements with Frank White at Wichita to retiring as a 1.000 hitter, to the regret he has about asking for his release in 2009. An honest to goodness MUST listen for ANY Royals fan with a funny and great man. (Photo Courtesy Kansas City Royals) 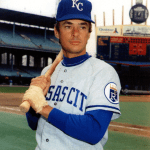 Bobby Floyd played for the Royals from 1970-1974 and overall, spent parts of seven seasons at the Big League level (1968-1970 with Baltimore). A utility infielder with a great glove, Floyd appeared in 167 games with Kansas City and following his career, has gone on to coach and manage professionally for the Mariners and Mets. Bobby recently joined Dave O to talk about growing up in El Segundo, California while knowing the Brett family, his years in Baltimore before coming over to KC, the romantic story of how he met and married a Kansas City girl and lots more! (Note: Dave O wishes to thank sabr.org for its help in preparing him for this interview.) (Photo Courtesy Kansas City Royals)

Trenidad Hubbard played for the Royals during the 2001 season and overall, spent parts of ten years at the Big League Level with nine teams (Rockies, Giants, Indians, Dodgers, Braves, Orioles, Royals, Padres and Cubs). A right handed infielder/outfielder, Hubbard’s best years came with the Dodgers from 1998-1999 when he hit a combined .368/.431/.799. He recently joined Dave O for a HILARIOUS chat filled with amazing baseball stories that only a guy who played 19 years in professional baseball (until the age of 41) can tell! An honest to goodness “must listen!” (Photo Courtesy Trenidad Hubbard) 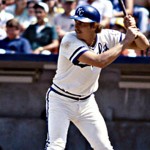 Pete LaCock played for the Royals from 1977-1980, appearing in 452 Kansas City games at first base and the outfield. A left handed hitter, LaCock was originally selected in the 1st round of the draft by the Chicago Cubs (1970) and spent parts of nine seasons at the Big League level with Chicago and KC. LaCock is the son of famous Hollywood Squares host Peter Marshall and the nephew of well-known film actress Joanne Dru. He recently joined Dave O to talk about his childhood, including how he didn’t even play baseball until age 14, the decision between taking a full ride to play football at Ohio State or signing with the Cubs, his favorite memories of his times in KC and tons more! (Photo Courtesy Kansas City Royals) 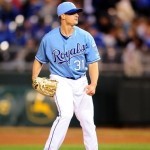 Dusty Hughes pitched for Kansas City from 2009-2010, appearing in 65 games with a 4.09 ERA and 6.3 SO/9. Drafted by the Royals in the 11th round of the 2003 Draft (Delta State University), the 5-10 lefty also pitched for the Minnesota Twins during the 2011 campaign. Hughes recently joined Dave O to talk about the whole journey, from being selected and coming up through the Royals minor leagues to his times in KC and at his favorite off-field hotspot, Koyoto Sushi & Steak. A great interview with a man who deeply loves the Royals. (Photo Courtesy Kansas City Royals) 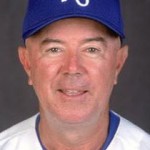 Tom Gamboa coached for the Royals from 2001-2003, including stints in both the bullpen and at first base. Currently the manager of the Brooklyn Cyclones (New York Mets organization), Gamboa has over 40 years of experience in professional baseball but unfortunately, is often remembered for being the victim of an on-field attack by two “fans” at Comiskey Park on September 19th of 2002. Gamboa recently joined Dave O to talk VERY frankly about the attack and how it’s changed his life, how much he LOVED his times in Kansas City, many great stories about his minor league managing days and lots more! (Photo Courtesy Kansas City Royals) 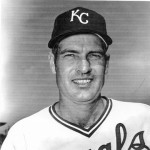 The Royals traded Lou Piniella and Ken Wright to acquire Lindy McDaniel on December 7th, 1973. A former All-Star relief pitcher with the Cardinals, McDaniel threw a curve and fork ball that also made him successful with the Cubs, Giants and Yankees. 6-3 and right handed, Lindy spent two years in KC (1974-1975) and finished with a Royals record of 6-5, 3.75 ERA and 2 saves. For his career, McDaniel pitched 21 years at the MLB level, appearing in 987 games with a 141-119 record, 3.45 ERA and 174 saves. He recently joined Dave O to tell several never before told stories about not playing organized baseball until age 15, being in the Big Leagues by 19, how coming over to the Royals ended up not working out and lots more! (Note: Dave O wishes to thank sabr.org for its help in preparing him for this interview.) (Photo Courtesy Kansas City Royals) 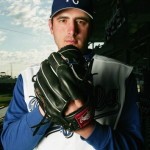 Steve Stemle pitched for Kansas City from 2005-2006, appearing in 11 games out of the Royals bullpen. A 6-4 right hander, Stemle was originally picked by the St. Louis Cardinals in the 5th round of the 1998 draft and spent a total of eight seasons pitching professionally. Stemle recently joined Dave O to talk about the unfortunate elbow, neck and back injuries that ended his career prematurely, how much he appreciated and enjoyed his times with the Royals organization, the new baseball app he’s invented and much more! (Photo Courtesy Kansas City Royals) 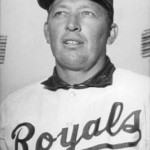 Harry Dunlop was a coach with the Royals from 1969-1975 and overall, spent parts of 21 seasons at the Big League level. A former minor league catcher, Dunlop once caught three no-hitters in a two week period while with the 1952 Bristol Twins. Following his times in KC, he worked at the MLB level with the Cubs, Reds, Padres and Marlins. Dunlop recently joined Dave O to tell marvelous baseball story after marvelous baseball story, including incredible tales about his minor league playing days, the unique way he was told he got the coaching job in Kansas City, flocks of Royals memories and much more! *** NOTE *** Interview is 2 hours of fascinating content, including well over an hour about the Royals. Occasional clicks persist throughout the chat but you will get used to them. Translation: don’t miss this one. (Photo Courtesy Kansas City Royals) 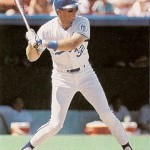 Bill Pecota was drafted by the Royals in the 10th round of the 1981 draft and played in 445 games for KC from 1986-1991. Primarily a utility infielder while with KC, “I-29” played all nine positions in the Big Leagues and finished up his career with the Mets and Braves. Pecota is perhaps made most famous thanks to Baseball Prospectus and the PECOTA player forecasting system it named after him. He recently joined Dave O to talk about the shock in being drafted, where the nickname “I-29” came from, the heartbreak in being traded from KC to New York, his thoughts on the PECOTA system and lots more! (Photo Courtesy Kansas City Royals)