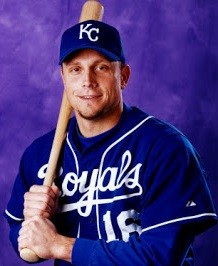 Joe Randa had two stints with the Royals, playing for Kansas City from 1995-1996 and 1999-2004. While with KC, Randa wore the jersey number 16, but eight seemed to be his lucky number, as Joe finished 8th in Royals history in games played, hits, doubles, RBI, hit by pitch and total bases. “The Joker,” who also played with the Pirates, Tigers, Reds and Padres, recently joined Dave O to discuss coming up through the Royals minor league system, being traded away, coming back, how Allard Baird got a raw deal, how he regrets not accepting a deal to play in 2007 and much more! (Photo Courtesy Kansas City Royals)