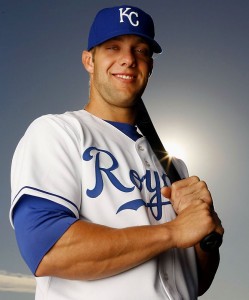 Alex Gordon has won three straight Gold Gloves and barring voters being heavy into drugs, will make it four in a row later this year. Gordon, who was selected to his first All-Star Game last season, is signed with Kansas City through 2015 with a player option for 2016. He spoke with Dave O on his way to the ballpark prior to Wednesday’s series finale with Colorado and opened up on a variety of topics, including hecklers, life on the road and family. (Photo Courtesy Kansas City Royals)